Harwoods Hole is an immense limestone sinkhole in the hills of Takaka, which connects to a mile long marble cave system. The entrance pitch is a 176m free abseil into the mouth of the sinkhole, which swallows everything that enters it – including sound.

I hang in total silence, eye-level with the rebelay, accompanied only by the unknown.

Stepping in my footloop I unclip my croll and reweight my rack. From this point on, my feet will leave the wet slippery rock wall, and become weights, pulling me down the infinitesimal line that leads down into the depths of an immense limestone system. I unclip my cowstail and let the rope slide slowly through my rack. Like a spider dangling from a crystalline web, I feel tiny, dwarfed by an ancient landscape.

Vertical rock walls surround me on every side, dripping with water from hundreds of tiny little waterfalls that cascade down the into the gaping hole. Water drops appear frozen in time as they fall past me on their journey into the system. It’s the same journey that I’ll be sharing, in a mere blink of an eye compared to the journey of water that has shaped this landscape. 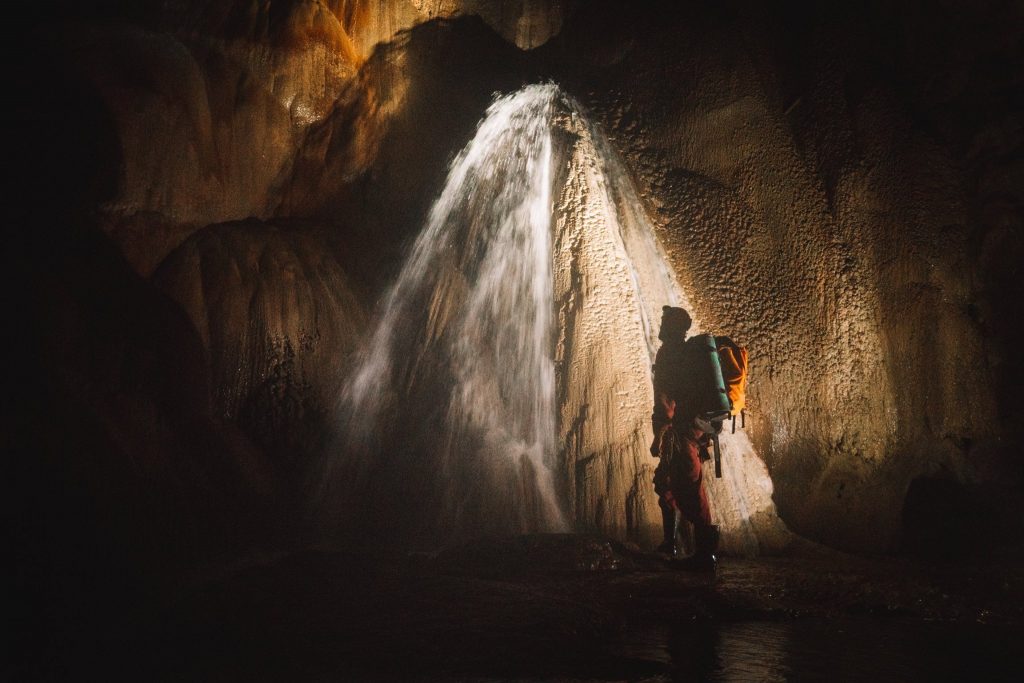 Underneath me, the sinkhole opens up like a giant bell-shaped cavern, and I pass through some lingering fog which marks the last reach of sunlight from above. The furthest reach of sunlight forms a distinct line of algae on the walls of the cavern, signaling a distinct transition to the underground world. I reach up and switch on my headtorch.

At the bottom of the pitch, a gently sloping rockfall leads down into the pitch black darkness. Sidestepping the remains of several unfortunate rodents, I continue down into the darkness. Here, I pause for my companion to descend into the cavern, down the slippery line that protrudes from the enveloping fog above. 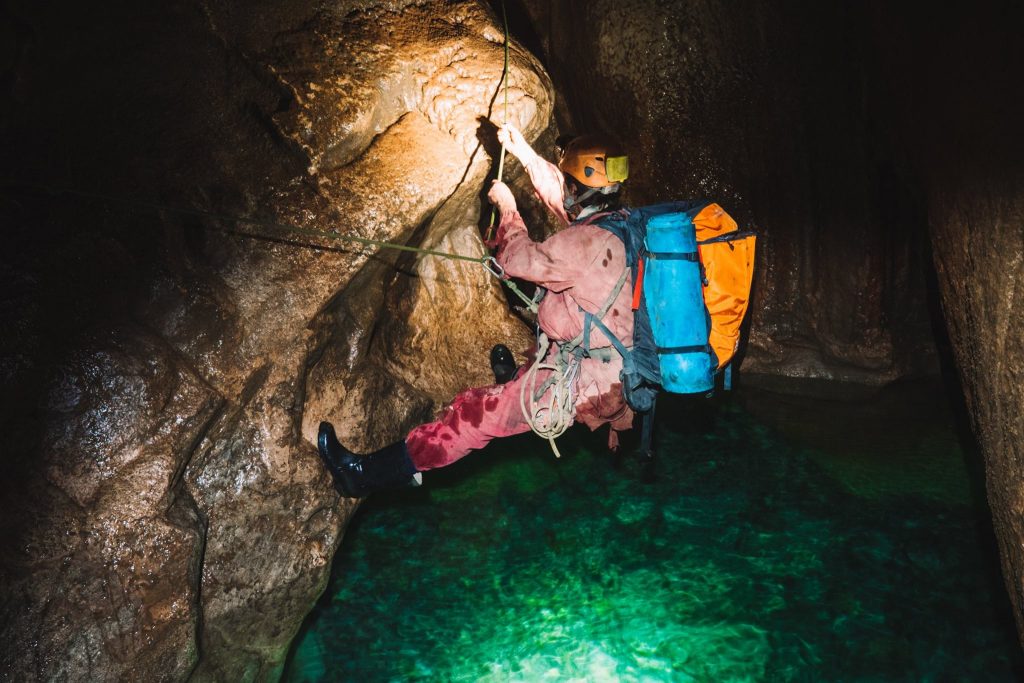 Immediately we are joined by a small stream, which leads us on our journey through the system. The system exists partly because of the corrosive nature that the water has on the limestone hills above, carving out large caverns which collapse under their own weight. When the collapse eventually reaches the mountain surface, it is deemed a sinkhole – and provides a convenient entry point into the underground labyrinths of streams and passages. This particular stream winds its way through some stunning speleological features – flowstone, waterfalls, columns, pillars and rimstone pools, all of which contain their own little features and intricacies.

Some pillars we pass are older than any civilisation on earth, a fact which takes a moment to appreciate.

It feels humbling to move through this system with the water, and observe the course of speleological formation that has taken place here over millennia. As we continue down a particular passage, I stop to step over a large patch of stalagmites. As I put my foot down, I fall limply waist deep into water. I had not realised at the time, but had unknowingly stepped into a giant rimstone pool of crystal clear transparent water. I chuckled, took a photo, and looked around to see several other translucent pools. I wondered how long the water had been sitting there, undisturbed.

After what seemed like no time at all, we emerged from Starlight Cave and began the hike back up to the car. If you’re planning a trip, go do an SRT course with your local caving club, and make sure you have enough equipment to safely ascend the rope if need be. This is not somewhere to venture into without proper planning and experience, numerous rescues have been conducted for ill-equipped cavers. 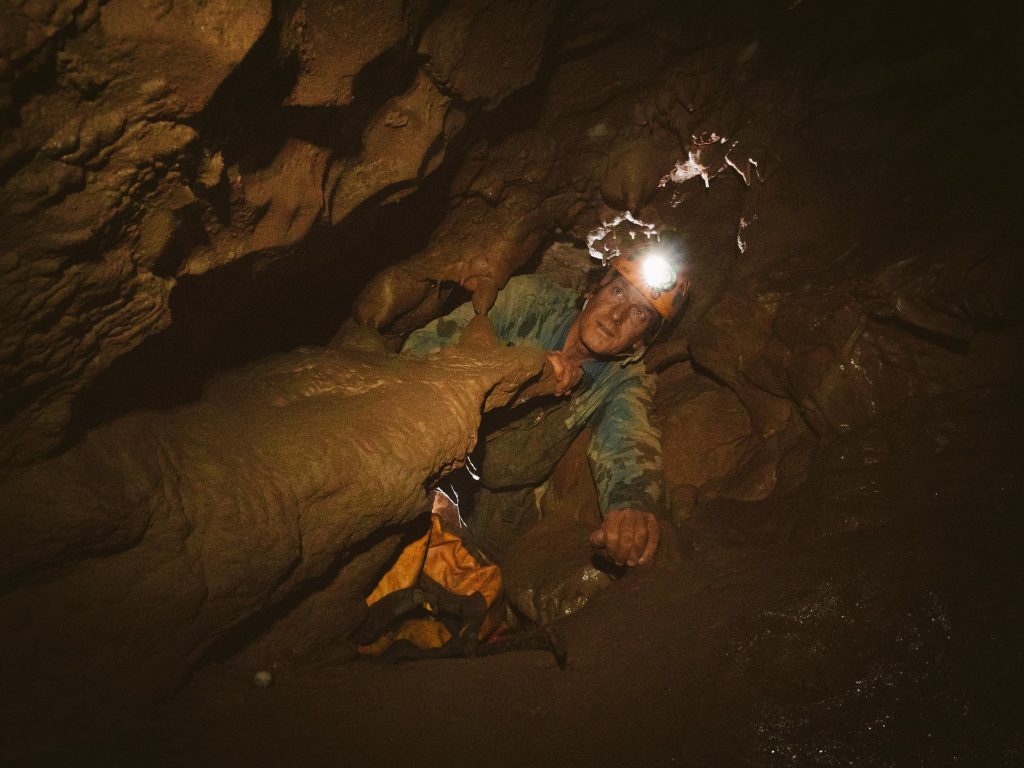 The hike out is long, just as long as the through trip itself, so do not underestimate the trip. From the starlight entrance, traverse across the scree field and look for a red cross marking the entrance to the track leading through the scrub.